If Economies Were Basketball, Jordan Would Be China & The U.S. would be Kobe 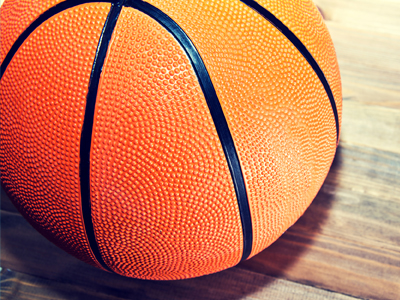 I recently found a 2014 article on Sports Illustrated’s website, where retired pro basketball guard Reggie Miller stated, “Michael Jordan on his worst day is ten times better than Kobe Bryant on his best day … and that is not short-changing Kobe Bryant.”

The point obviously being Kobe Bryant was a great player, but Michael Jordan was so good, that even on an off day Michael could outplay Kobe at his best. Since Michael & Kobe never played against each other in their respective primes this will most likely be an ongoing argument throughout the ages. However I do happen to side with Reggie on this …

There was a lot of coverage last week on China’s weakening economy. The Chinese government announced on Friday that their economy only grew by 6.5 percent over the three months that ended in September compared with a year ago, its slowest growth rate in over 9 years. Sputtering growth, mounting debt and an intensifying trade war with the United States are clearly weighing on China and needless to say, financial pundits concerns about a Chinese slow down are now abundant.

China’s recent fragility is only amplified by the fact that the U.S. economic engine is cooking on all cylinders. We are hitting growth rates we haven’t seen in years, not to mention the lowest unemployment rate since the 1960s and record corporate profits. Therefore, as an investor, it appears reasonable to allocate your capital here domestically as opposed to moving your money overseas into the seemingly perilous emerging markets.

Makes complete rational sense, right? It would, expect a soft China is better than a strong U.S. Think Jordan versus Kobe :). Let’s take China’s GDP growth rate of 6.5%. To put this in perspective, Economists expect the American economy to only grow at annualized 3.3% this year, half the Middle Kingdom’s seemingly sluggish growth rate!

Furthermore, China is not only growing faster, but its stock market is on sale. In fact the U.S. has become one of the world’s most-expensive equity markets as China is now one of the cheapest. In fact the valuation gap between the U.S. and the rest of the world hasn’t been this wide since the late 1990s. So in simplistic terms, the Chinese market is half the price but their economy is growing at double the rate. We call this a bargain where I come from … 🙂

So if you truly are an investor, per Wikipedia’ definition, a person that allocates capital with the expectation of a future financial return. What can you buy today with the biggest potential future return (emphasis on the word future)? Well a couple stats to consider:

The IMF held its China growth forecast steady at 6.6% this year, and foresees its gross domestic product overtaking the U.S. around 2030

China has moved 750 million people out of poverty, one of the most important global events in the history of mankind. That is more people with income to buy more goods from trade that will raise everyone’s standard of living

American companies alone have spent more than $250 billion investing in China over the years, I have a hard time believing that our companies will start walking away from those assets

Stock ownership is just starting in in China, accounting for just 4% of household wealth, compared with about 20% in America. As the number of stock market investors increase in China, imagine the positive effect this will have on the Middle Kingdom’s stock prices

The U.S. is an aging country, the number of Americans in their 80s is expected to double in a decade. On the other hand, 83% of the world’s population live in emerging markets like China, with almost half of the population now middle-class

Just as Kobe Bryant is considered one of the all-time greats of basketball, just not as spectacular as Michael Jordan. Bryant averaged an amazing 25.5 average points a game during his career, it’s just that Jordan averaged 30.1 points per game. I would argue, in the same vain, the U.S. is still a very good opportunity to invest your hard earned cash, however it’s just not as good as the potential overseas in China and other emerging markets.