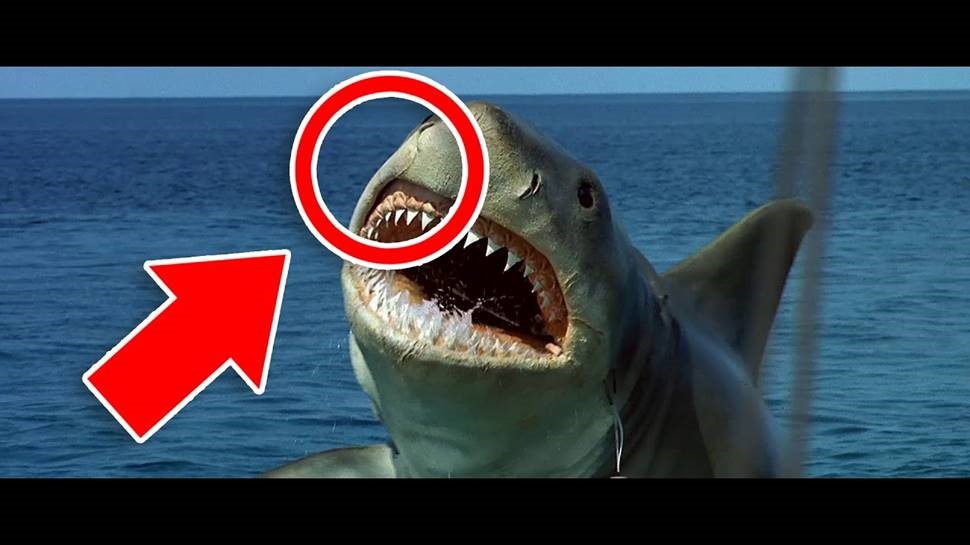 One of the most disappointing movies of my youth had to be Jaws: The Revenge. As a kid I loved the movie Jaws (and still do). The terror and suspense of man vs. a killer great white shark is a Steven Spielberg masterpiece. So in the summer of 1987 Hollywood promised “A Terrifying New Adventure” with the theatrical release of Jaws: The Revenge.

Needless to say, the 11 year old me felt a mixture of excitement and fear to see the Great White Shark hunt its prey on the big screen for the first time, as I was too young to see the first three films in the series at the box office.

Well Hollywood sure did disappoint, as it has continued to do so in recent years, but I digress … Robert Ebert summed up “Jaws: the Revenge” in the opening lines of his 1987 review, “(It) is not simply a bad movie, but also a stupid and incompetent one – a rip-off.” Not only was the shark not terrifying, but almost comical. “In some scenes the shark’s skin looks like canvas with acne, and in others all we see is an obviously fake shark head with lots of teeth. The shark models have so little movement that at times they seem to be supporting themselves on boats, instead of attacking them,’ Robert Ebert went on to observe in his review.

Last week we saw the potential for fear to overtake the equity markets as interest rates firmly moved up, the 10 year Treasury note now stands above 3.2%, the highest level since 2011. This is the second time this year, the 10 year rate has climbed over 3%, hence the revenge … 🙂 . Just like the Hollywood hype machine promised “A Terrifying New Adventure” in the summer of 1987, Wall Street Pundits are now espousing “A Terrifying New Adventure” in the economy and the markets as rates begin to rise.

The thought process is that rising interest rates mean we are going to see a lot more inflation and more inflation means reduced growth as companies now borrow at less favorable loan rates and consumers face higher prices on goods and services limiting their purchasing power. In fact higher interest rates wreaked havoc on the markets earlier this year when the S&P 500 fell by over 10%, as the 10 year Treasury note initially broke above 3%. However, since then, the US markets have gone onto new highs. In hindsight, I suspect investors are going to feel very disappointed having followed the Wall Street hype machine’s interest rate warnings, just as Hollywood had disenchanted me in the summer of 1987.

The reality is higher yields are reflective of a robust economy. As we move into earnings season, expected growth in US company profits are projected to be over 19%. The unemployment rate has now fallen to a 49-year low of 3.7%. Last week we saw a larger-than-expected 230,000 jump in September private payrolls and the ISM’s nonmanufacturing index hit the highest number since 2011, indicating business conditions continue to be positive. Do I need to go on? 🙂

In retrospect all this concern that rising interest rates are about to derail the economy and the markets is going to seem just as absurd as when the shark in Jaws: The Revenge grabbed a victim from a banana boat as it’s fake rubber teeth started to bend.

IMPORTANT DISCLOSURE INFORMATION
Please remember that past performance may not be indicative of future results. Different types of investments involve varying degrees of risk, and there can be no assurance that the future performance of any specific investment, investment strategy, or product (including the investments and/or investment strategies recommended or undertaken by Payne Capital Management, LLC), or any non-investment related content, made reference to directly or indirectly in this blog will be profitable, equal any corresponding indicated historical performance level(s), be suitable for your portfolio or individual situation, or prove successful. Due to various factors, including changing market conditions and/or applicable laws, the content may no longer be reflective of current opinions or positions. Moreover, you should not assume that any discussion or information contained in this blog serves as the receipt of, or as a substitute for, personalized investment advice from Payne Capital Management, LLC. To the extent that a reader has any questions regarding the applicability of any specific issue discussed above to his/her individual situation, he/she is encouraged to consult with the professional advisor of his/her choosing. Payne Capital Management, LLC is neither a law firm nor a certified public accounting firm and no portion of the blog content should be construed as legal or accounting advice. A copy of the Payne Capital Management, LLC’s current written disclosure statement discussing our advisory services and fees is available for review upon request.